Abortion on unborn children with disabilities is also discrimination 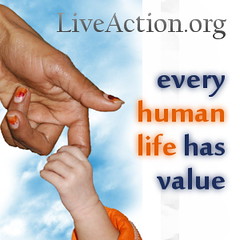 In a Canadian Medical Association Journal (CMAJ) editorial first published in January 2012, Editor-in-Chief (Interim) Rajendra Kale, MD, proposed that doctors be allowed to disclose the sex of an unborn child “only after about 30 weeks of pregnancy — in other words, when an unquestioned abortion is all but impossible.”

According to Dr. Kale’s editorial “‘It’s a girl!’— could be a death sentence,” implementing such a policy could reduce the number of female babies aborted within certain ethnic groups in Canada. Dr. Kale wrote that “the issue is about discrimination against women in its most extreme form.”

People object to sex-selection abortion as discrimination against women, but abortion of a child because of a diagnosed disability is considered compassionate. So stated Nancy Flanders in “Sex-Selection Shocks Us But Abortions on Disabled Babies Don’t,” published in February 2012 on LifeNews.com.  She wrote:”Doctors advise expectant parents  of a child facing a diagnosis that it is more compassionate to abort the child than allow her to live.”

In the wake of the CMAJ article, some called for members of the ethnic groups in question to be educated on the joys of raising daughters. Flanders wondered whether parents whose unborn child has been diagnosed with a disability are also educated about their child’s condition.

She added that, unless someone speaks out on behalf of children diagnosed with disabilities as Dr. Kale did for female babies, “a prenatal diagnosis won’t be used to inform and educate parents, but instead will continue to be the reason many unborn children never see the light of day.”

Ms. Flanders declared that “For those with disabilities, and for myself and other parents of a child with a condition able to be diagnosed prenatally, the idea of disability selective abortions is just as disconcerting as that of sex selective abortions.”

Sadly, abortion is often recommended when prenatal screening shows a possible abnormality affecting the unborn child. A survey of the literature on the subject finds that parents have reported pressure from the medical community to abort.   Yet, every human life has value and dignity.

This entry was posted in Abortion, Prenatal Screening. Bookmark the permalink.