Why I oppose Euthanasia (MAID)

This article highlights sections of a presentation given by Dr. Ramona Coelho on December 9, 2020.

The entire presentation is available at https://alexschadenberg.blogspot.com/2020/12/dr-coehlo-why-i-oppose-euthanasia-maid.html 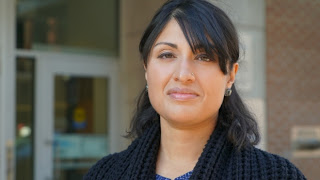 My name is Dr. Ramona Coelho and I’m a family doctor. I’m originally from Montreal. My husband is a surgeon and epidemiologist. We have 5 children.

My practice in Montreal was largely comprised of patients who I cared for in their homes. My patients were homebound because of their illness or disability.

In 2012 we moved to London, Ontario and I have been practicing medicine here since. I work in one of the poorer areas of London. My practice is largely comprised of people living with disabilities, as well as refugees, men out of prison and other persons who find themselves on the margins.

Right now in Canada the government is trying to pass bill C7, which among other things, is a bill where if you are wanting to commit suicide and are ill or have a disability, a medical doctor will give you a lethal injection within 90 days of request.

I share the story of my darling home care patient Charles, who had muscular dystrophy, so he was disfigured. He had no muscle mass and so you could see his bones and his face looked very different. I sent him to the hospital once as he needed admission and the neurology and internal medicine doctors fought in front of him about who would have to take him. My husband who worked at the hospital went down and tried to intervene for Charles. Charles left the hospital. He told me that those doctors made him feel terrible and that he’d rather die than go back to the hospital…

I had a 70 year old lady who was asking me to die and drastically losing weight for months and it took months to learn that her son who had moved in to help her, wasn’t feeding her and was stealing her money. If this bill existed at that time, her death, which the medical community would have facilitated, would have been driven by elder neglect and financial abuse…

Society’s belief in the inherent virtue and ethics of the profession has been the necessary basis of the physician-patient trust. Would you trust your doctor if you thought they didn’t care about your safety and well-being?

We must for the sake our patients continue to only offer them what is good.

I end by offering you a simple story. It is the story of my patient who came to me for MAID. She was a fiery lady and talented artist. She had survived breast cancer but than it returned. In her brain, in her bones… she realized after some frank discussions that her prognosis was very poor. I have to admit I was extremely overwhelmed by her request to receive MAID. I started the conversation by fully disclosing as I would always that I would never be able to journey that road with her as I didn’t think it was good for society or her and not for anyone. She took those words in, processing them. I than stumbled through what felt like hollow arguments.. I said she was not in pain right now and we would try to ensure she didn’t have pain. I explained that palliative care was amazing with excellent pain control with pet, music and art therapy. She replied that her best friend had died in agony in the States. I said we could try to find meaning for her days and maybe there was something she could leave behind for others, like her art. She said her fatigue and the weakness in her hands made her useless and she didn’t have anything left to leave the world and was angry she couldn’t paint. I told her that maybe this was the time to seek closure with friends and family and could we explore that. She told me that she was very angry at her family as they treated her badly because of her increased irritability. She also shared that she would daily sit on a park bench and hate all the people walking around her, living while she knew she was being robbed of her chance at life at a young age. She had a cancer doctor at this point and I presumed that maybe I would never see her again. However, she kept coming back to talk. I would book her at the end of my days and give her my time. She brought an amazing gift to me in those days before she died. We talked about maybe making voice memos to describe her paintings to enrich the experience for future generations. I decreased her steroids that were meant to be shrinking her brain tumour as they were adding to her irritability and anger. Also I suggested moving her steroids to the morning and that improved her sleep and quality of life. We switched her antidepressant. In the end, my patient decided to die at home, naturally and not by MAID.

Patients need our time. They also need our efforts, our creativity our perseverance and our strength. A lethal injection is easy and doesn’t require any creativity. It is met out one by one and there can be no failures as those who die will never tell.

Doctors took an oath to restore life and provide care, and we do well when we keep that oath.

This entry was posted in Uncategorized. Bookmark the permalink.